The Gist:  Analgesia in the sickest emergency department  (ED) patients is inadequate, which is just plain mean.  Dr. Scott Weingart articulates it best in "Pain and Terror as Effective Pressors."  Adopt a protocol or algorithm to consider analgesia early on and with every patient.  If you have access to EBMedicine, check out their August 2012 summary on the trauma patient (subscription required).  They also have a great, free evidence based review of pain management as a whole in the ED.

Like most trainees I have a fear of patients taking advantage of my naiveity and started off wary of liberal analgesia. Stories of opioid abuse dotted medical and pop culture headlines. Clearly I didn't want to be oursmarted so I emulated others (and there is wide practice pattern variation among emergency physicians - Br J Anesthesia study).  I didn't realize this was problematic until,  early on in third year I was hanging out in the ED and an attending inquired, "2 mg of morphine? Do you want to piss on them or treat their pain?"  I was pretty mean.

Over the past year, however, I've noticed that I'm actually advocating for more analgesia from residents and attendings.  This is a result of influence by FOAM (EMCrit podcasts, an Annals audio summary, etc), and I first noticed a change in my practice when I saw something along the lines of:
Is this actually a problem?  Yes! Multiple studies corroborate this assertion, with good literature in trauma patients in the ED.  It's plausible that the run of the mill abdominal pain patient may experience oligoanalgesia in the ED, but the really sick and damaged patients?
Why don't we give adequate pain medications? There's a review in the Journal of Pain Research (free full text) that address many factors associated with oligoanalgesia in the ED.  Below are some I've encountered first hand.

We forget.  Emergency physicians are great under pressure, seamlessly MacGyvering difficult airways, obtaining hemostasis, and managing the chaos associated with 5-25 people in a cramped trauma bay while ensuring that all of the other ED patients remain stable.  Clearly, securing an airway and resuscitating a patient are crucial, but pain has physiological and psychological repercussions that can be deleterious as well.
The patient doesn't complain of any pain.  If we ask for a pain level, one study sugggests that the patient is more likely to receive analgesia (Silka et al).


Weingart 19: take 2 fingers and jam them DOWN YOUR THROAT. This reminds you to treat your intubated with ANALGESIA. Fentanyl,opiod#acep12
— jeremy faust (@jeremyfaust) October 10, 2012

The patient is "too out of it" to feel pain.  The Neighbor study showed an association between low GCS and lack of IV analgesia.  Thirty patients with a CGS 9–13  received analgesia and of those with GCS 3–8, 13.5% received IV analgesia.

The patient is hypotensive. Hypotension in sick patients is bad (although "permissive hypotension" in trauma is another store, well explained on trauma.org here). There are some ways to work around and with this. 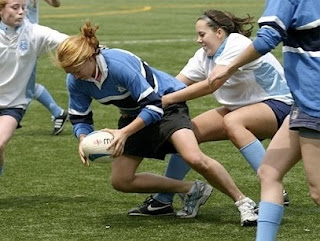 When I was tackled on that occasion, there were no injuries, but if I do end up in the ED-please give me adequate analgesia (do unto others...)
Posted by Lauren Westafer at 7:53 PM

Email ThisBlogThis!Share to TwitterShare to FacebookShare to Pinterest
Labels: analgesia, analgesia in intubation, analgesia in the emergency department, FOAM