Emergency Medicine - Variations on a Theme

The Gist:  Although emergency medicine has a reputation for being algorithmic, there's a good amount of variation in thinking and practice.  This is necessary (variable resources, different patient populations) and can be excellent (promoting growth, change, and innovation).  The foundation for our practice is built in the training we receive, both in text and from our local educational community.  FOAM has played a role in laying the foundation to what will become my EM practice and I think that FOAM has the ability to lead to improved patient care through discourse on evidence based medicine, updates on current practice, and insight into the thought process and practice of others (shared learning!).

After spending my third year of medical school in rural Alabama and absorbing a good bit of EM FOAM, I thought I should experience the cutting edge, academic side of EM.  Realizing, through heated Twitter debates, that emergency physicians actually approach many situations rather differently, I wanted to lay a broad foundation of practice...knowing I would probably practice most similarly to wherever (and with whomever) I train.  Over the past six months, I had the privilege of training in seven excellent EDs in five states with the smartest people I've met.  Below is a smattering of bread and butter things I found...(limitation: this is clearly a small sampling of each institution due to my limited time).

Apneic oxygenation/high flow nasal cannula during intubation (NODESAT - nasal oxygen during efforts securing a tube).  One institution had adopted and implemented this by the time I rotated through, another started this after a virtual grand rounds lecture with Dr. Scott Weingart.  Pulse ox lag is real and few people talked about it in airway situations.  Check out this EMCrit podcast and this PHARM post on the subject.

What do a pulse oximeter and The Delorean have in common?Both are time machines; Know & respect pulse ox lag @emcrit twitter.com/RobJBryant13/s…
— Rob Bryant (@RobJBryant13) December 18, 2012

Use of droperidol.  Places either use it liberally or refuse to use the drug, as I discussed in this post.  At an institution that no longer uses droperidol, an attending went through the paucity of evidence behind the black box warning as well as the political/economic factors that likely played a role in the downfall of droperidol.
Use of ketamine.  FOAM teams with enthusiasm for ketamine (see any tweet by @embasic or @MDAware, this multi-national podcast, or one of many EMRAP episodes), but I saw this drug rarely used outside of pediatrics in all institutions, the most notable exception was to intubate asthmatic patients.  Why does this matter?  Procedural sedation can be tricky and I witnessed some that were executed well and others that were less than ideal.  In addition to the amnestic properties, ketamine confers some analgesia and has less respiratory depression (clinically relevant, that's uncertain).  Furthermore, one ED I rotated through had zero etomidate available.  We used whatever was available for RSI and thus, needed to be familiar with a cornucopia of agents.  This includes ketamine, which has showed excellence in induction for RSI, including in this recent study.

Make Ketamine Work For You: Along with droperidol and dexamethasone, ketamine is on my short list of favorite me... bit.ly/Y56aR7
— Ryan Radecki (@emlitofnote) November 28, 2012

Quantitative capnography (ETCO2).  Not routinely used after intubation or for procedural sedation in 5 of 7 institutions, although infrastructure was the limiting issue at one institution, which has since been rectified.  However, the FOAM community has referred to it as a 'standard of care," including Dr. Scott Weingart in his review of NAP4.
Treatment of an abscess.  At nearly all institutions, antibiotics were prescribed following an I&D of an abscess, although almost all attendings mentioned that one could "probably get away without them"  A minority of cases had significant surrounding cellulitis or immunosuppressed states.  Three of six places had me pack abscesses, although this was more attending dependent than institution dependent.  The Skeptics Guide to Emergency Medicine's podcast #13 is a great review (free registration required) of the evidence base behind packing and antibiotics.  Freeemergencytalks.net also has a great talk on the subject.
Central lines.  Sterility is key and, with the exception of code lines, was excellent at all sites.  Line placement varied quite a bit.  In 2012, the femoral line seemed to make a comeback in some literature and in the FOAM sphere (PHARM podcast, EMCrit). For the problems (DVT, infection rate) attributed to femoral lines, I saw (and placed) a surprisingly high number.  There was one in-ED IO insertion during all of my rotations.  Beneath the clavicles, ultrasound hadn't captured the attention of many.

Ultrasound.  Each academic center used ultrasound heavily but the community hospital used ultrasound solely for FAST scans and placement of internal jugular central lines.  At the community institution, they often laughed as I dragged the single SonoSite Titan from room to room and enthusiastically discussed what I could do with a linear array probe.  It speeded things up, though, when I presented my patient noting that I had already visualized the IUP and documented a fetal heart rate (or not, as was the unfortunate case sometimes) or documented a normal caliber aorta, B-lines, etc.  When I diagnosed an SBO in mere seconds, one of the doctors was sold and disposition was easy.  Billing for scans and the practice of ordering confirmation scans seemed to vary the most. Also, utilization of ultrasound seemed more attending dependent than necessarily institution dependent since training and credentialing are still being worked out in many settings.  Listening to this episode may have been beneficial.


Observation units.  All but one place I rotated at had an observation/clinical decision unit (CDU) and the one place that did not have one, incorporated one by the time I returned a few months later.  These units provided a monitored setting where patients could have cardiac enzymes drawn for rule-out protocols, receive antibiotics, or receive rehydration, etc.  Anecdotally, these seemed to improve workflow and allow easier disposition, something supported by literature (Trzeciak, Schneider, Gordon).  In the cardiac setting, use of these seemed to buy most people either a stress test or CCTA on the spot, depending on the institution.  Although this practice is supported by the AHA, evidence seems to be mounting that this may be unnecessary and costly (See EMRAP November 2012 with Dr. Scott Weingart and SMART EM summary and podcasts on this topic).


Weingart 19: take 2 fingers and jam them DOWN YOUR THROAT. This reminds you to treat your intubated with ANALGESIA. Fentanyl,opiod#acep12
— jeremy faust (@jeremyfaust) October 10, 2012

In EM, there are constants as well: 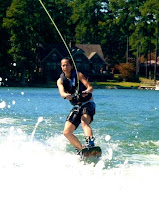 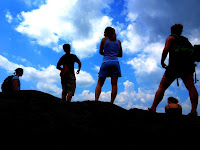 
Personal thought:  FOAM levels the playing field with regard to access to information, something that can be amazing for community physicians removed from the academic setting, busy physicians, or those in more remote locations.  I am incredibly excited to see how FOAM can continue to evoke dialogue about (and create) variations in practice to achieve better quality of medicine - on individual, community, and international levels.
Posted by Lauren Westafer at 12:14 PM