The Gist:  Pain is subjective and ubiquitous in the emergency department (ED).  Treatment of pain in the ED varies widely between practitioners and is often not formally taught as part of the curriculum, lending this aspect of EM to often be characterized as "art."  I came up with a rough pain control algorithm for acute pain or recurrent pain as I get started in Emergency Medicine, roughly based on an evidence based template from Lipp et al (note: I'm not an expert and this is far less useful for complex pain complaints such as migraine and does not address procedural sedation). 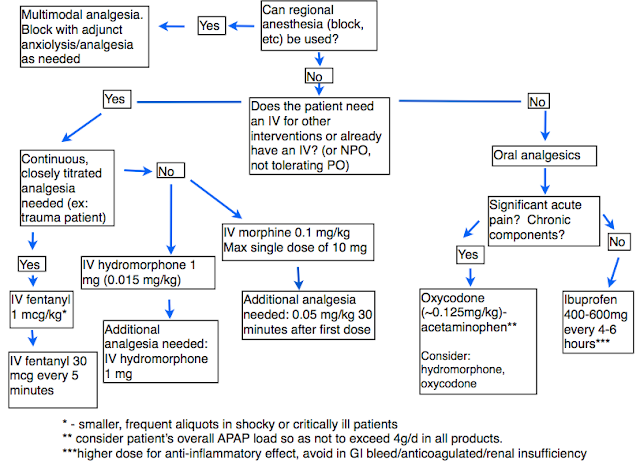 Check out this article by Dr. Leon Gussow of The Poison Review on the darker side of the emphasis of pain as a Joint Commission mandated vital sign in the ED.

Regional Analgesia - It appears that, with the aid of ultrasound, nerve blocks are increasingly common in the ED. These are great for orthopedic and soft tissue injuries, and there seems to be a movement to increase utilization for hip fractures (Haslam et al, Haines et al)


Upsides:  NSAIDs are especially useful in prostaglandin-potentiated conditions, such as dysmenorrhea, gout, rheumatoid arthritis, and ureteral colic (1, 2).  APAP is safe in pregnancy (1,3).

Opioid Analgesia - These get the most attention in the ED, partially due to the focus on abuse.  There are many drugs in this category but they tend to fall into groups: 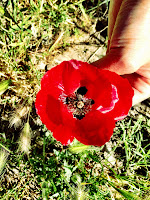